Understated finesse and precision. Classical French training. Tireless dedication to both craft and time-honoured family traditions. A true taste for high-pressure culinary competitions. These are just some of the ingredients that have helped write a recipe for success for Alex Chen.

A classically trained chef with a true taste for high-pressure culinary competitions, Alex led Team Canada to a top-10 finish at the 2013 Bocuse d’Or in Lyon, France prior to opening Boulevard Kitchen & Oyster Bar in 2014. He went on to claim the top spot in both the 2015 and ’17 editions of the annual Gold Medal Plates BC regional championships and the gold medal at the 2018 Canadian Culinary Championships. Also in 2018, he was singled out for the prestigious Chef of the Year title at the Vancouver Magazine Restaurants Awards — where Boulevard was also honoured with wins in the Best Upscale and Best Seafood categories — and he became first challenger to best an Iron Chef when he defeated Hugh Acheson on the inaugural season of The Food Network Canada’s Iron Chef Canada TV series. In 2019, Alex led Boulevard to the No. 24 spot on the prestigious annual list of Canada’s 100 Best Restaurants and the World’s 50 Best Discovery list as well. He received the Foodservice and Hospitality and Hotelier 31st Annual Pinnacle Awards – Chef of Year for 2019. Alex is also a chef and judge on the Food Network Canada cooking competition series, Wall of Chefs, that premiered in February 2020.

And while Alex boasts more than a decade of experience at some of the most acclaimed and revered hotel properties across North America, Boulevard marks the first occasion that he has shepherded the opening of a restaurant from inception through construction to rollout.

It’s been a homecoming for Alex since opening Boulevard. Vancouver is where he got his first taste of — and respect for — the restaurant industry while working as a dishwasher and busboy after emigrating with his family from Malaysia at the age of 13. It’s where he developed his affinity for the unique bounty of fresh produce, proteins and seafood available year-round from local farms, fields and fisheries. It’s where he apprenticed under renowned chefs and culinary pioneers such as Robert Sulatycky and Bruno Marti.

Vancouver is also where he and his wife, Elizabeth, raise their two children and try to instill in them the same respect for cultural touchstones and time-honoured traditions — for instance, the abundance of love and care that go into preparing and serving food for family and loved ones — that was fostered in Alex as a young child in his mother’s kitchen.

“Home is where I often create my best work,” says Alex. “When you’re cooking for friends, family or loved ones in your own kitchen, that is when you put in the most energy, because there is no pressure or any time constraint — you just infuse the best flavor into that dish, present it at the right moment and show that it all comes from a moment of purity and love.” 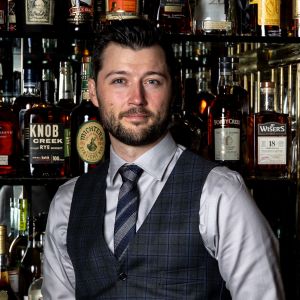 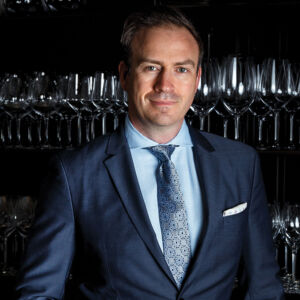